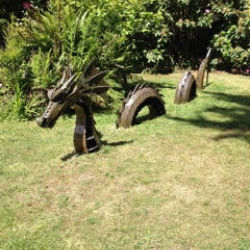 Gladly! Thank you for bringing up this significant, though often ignored, topic that is unfortunately far too common.

Age discrimination in the workplace is one of those dirty little secrets that exist and is sadly on the rise due to the country’s current economic woes. Why? In basic dollars and cents – older, more experienced workers cost more to have on the payroll or as part of the pension plan. If a company, organization, or agency is to manage in these tough times, slashing jobs at the older end of the roster is a logical solution … except, of course, if you happen to be the one impacted.

Ironic, isn’t it? The people who may be contributing the most because of their years of skill acquisition and experience, are often the first ones to go when an employer is trying to save money. (Makes me really wonder what happens to the quality of products and/or services when this happens.)

Age discrimination in the workplace can manifest  itself in many different ways:
*You don’t get a position because the employer wants a younger  looking person to do the job.
*You are accused of being “inflexible” when it comes to taking on new projects. And this feedback lands in your personnel file.
* You don’t get the promotion you were in line for because it was given to a younger applicant from outside the company. When asked why, your employer explains “It was time for a little new blood around here. I know you understand.”
* Your employer, supervisor, or coworkers make age-related remarks, often couched as “jokes” such as, you’re “over-the-hill,” “ancient,” or “hey, did you come over on the Mayflower?”

Age discrimination has been around for a very long time. The Federal government finally recognized the injustice of such practices as far back as 1967 when the Age Discrimination Act (ADEA) was implemented. And here’s an attention grabber for you forty somethings; way back then, the law was written to protect  anyone a mere 40 years or older! In 1990, the Older Workers Benefit Protection Act was added to prevent employers from denying older workers the benefits they had earned and were entitled to.

These laws are designed for employers with twenty or more employees, though if you work in a business with less than twenty employees, you may be protected in some states. There are also some additional exceptions to this legislated protection, including but not limited to, some executives, public service workers, elected officials, and independent contractors.  And technically, while state employees are supposed to be covered under ADEA, it is my understanding that recent U.S. Supreme Court decisions have limited these individuals from the ability to sue their agency for monetary damages.

So, with all of this legislation floating around, why do these unjust situations and practices continue in the workplace? The challenge of age discrimination is that it is so difficult to prove. Unlike discrimination regarding gender, race, sexual orientation, and religious beliefs, all of which are often more obvious, age discrimination can be more subtle and is conveniently explained away as economic necessity.

But fortunately, this difficulty isn’t stopping people from standing up for their rights. AARP noted that in 2008, “a record number of  age discrimination complaints were filed against private employers … and approximately 24,580 charges were registered with the Equal Opportunity Commissioner.” Apparently, this was also the highest number of age discrimination complaints in nearly twenty years. It was also noted that this figure is rapidly growing

Okay, we know age discrimination in the workplace exists. Perhaps you’re  even experiencing it firsthand. What can you do? I’ll address this question in next week’s post.