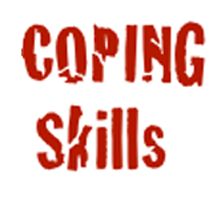 It’s one of my quirky habits to scan my column once it appears in print. I think that’s because, in this day and age of electronic print, I am still a hands on reader. And as I read what I had written last week, I was struck by how much I appreciate the concept of ‘aging well.’

Reviewing the work of Dr. Valiant has done on ‘aging well,’ it was his second point that caught my eye all over again, the practice of having: “… an adaptive coping style (mature defenses) … In layman’s terms, mature defenses refers to our capacity to turn lemons into lemonade and not turn molehills into mountains.”

Believe me, when it comes to an “adaptive coping style” I have put myself to the test this summer. On top of my regular work responsibilities – weekly caseload, column, and blog – I knowingly, willingly, and, most importantly, happily signed up for two huge projects: 1) doing the final edits on my novel, which should be going to press next month; and 2) appearing as the ‘Stepmother’ in Cinderella.

Let me be clear, this is not me whining. I have been having an absolutely wonderful summer – wouldn’t have traded one bit of it. But as I look 60, almost 61, in the eye, I also recognize the value of well-tuned coping skills. I hope you do too. Believe me, ALL of mine have been in high gear these last couple of months.

The thing that challenged my coping mechanisms more than anything else was memorizing my part for the play. Keep in mind, it’s not just the script actors learn. It’s all of those other little nagging things that also have to be locked in: music, cues (both musical and spoken,) movement, props, entrances and exits, even the make-up. (I think I wore about four pounds of the stuff on my face each night!) By the time opening night arrived, my brain was filled to the max.

Getting everything memorized offered up an real inkling of “age” for me. I was working hard, while some of the younger performers seemed to sail right along. I was a little floored. Was I having trouble because of my age?

With that thought, I jumped into my “adaptive coping skills.” For me, that meant getting outside of my own chatterbox head to seek a more accurate perspective. How? I started asking experienced actors and directors about memorizing. What I learned was very reassuring. This whole memorizing thing is a long and convoluted process that moves forward with each bit of rehearsing. I trusted their experience because the reality was, I was so inexperienced.

With that thought, I went into another one of my adaptive coping skills – rational thinking. Recognizing that while I have done some community theater in the past, this was a huge leap for me. (My own show last year was great prep but it was entirely different experience. For example, it’s a whole lot easier to memorize something when you have written it. And playing off of a friend of twenty years compared to a cast of nearly fifty? There’s no comparison.) This part was a first for me in many ways because I had so much more to learn. Learning anything for the first time – whether it’s riding a bike at five or preparing a new cuisine at thirty – has unique challenges.

Once my perspective included this reality, I was able to relax more, which of course, lessened the anxiety, which improved memorization. Funny how inter-related it all is, right?

My final adaptive coping skill? An incredibly supportive husband who gets a public shout out for all of his support! He’s picked up a tremendous amount of slack these last couple of months, all of which allowed me to jump head first into one of the best summers I have in a very long time. My heartfelt thanks to him and a question: what do you want to do? It’s clearly your turn!