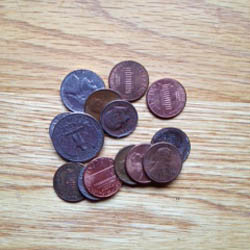 My two brothers and I are in a very difficult situation and we hope you can help us.

Our parents are in their mid-sixties. They both decided to retire at sixty, even though they hardly had the resources to do such a thing. They said that they had worked enough and how it was time for them to play. The trouble is, they’ve never been any good with money. We spent our childhood living hand-to-mouth. I know it sounds hard to believe but they have actually filed for bankruptcy twice during their marriage. Trying to get out of debt a few years ago, sold their home and have rented an apartment ever since. They also own an older model car but it’s barely running.

My brothers and I are all very good with our money. We learned the hard way but I know we’re all much happier feeling financially secure. Each of is married to responsible, gainfully employed spouses and all three of us have children.

It comes as no surprise that my parents aren’t doing well living on just their social security. So, rather than try to pick up part-time work (they are healthy and could do this) or cut up their credit cards and stop buying things they can’t afford, my Dad called all of us and said we all needed to contribute to their support on a monthly basis. He told me that we “could afford two to three hundred dollars a month” and that if each of us helped them, they’d have a much more comfortable life.

I hate to say this but I speak for all three of us when I say we are very resentful. I could see helping them if they were sick or if they’d lost their jobs in the bad economy. But we feel like, once again, we’re having to suffer because of their irresponsible behavior. Are we terrible children? I can’t imagine saying ‘no’ to them but I also know it will feel like we’re throwing money down the drain each and every month, money that is currently going into our children’s college funds.

What do we do?

It must be incredibly frustrating to have grown up to be more responsible that your own parents, especially now that they have approached you about subsidizing their poor financial management habits.

I don’t think any of you are “terrible children” for feeling resentful. It sounds like this situation is the direct result of poor decisions, bad money management, and a less-than-stellar work ethic. No wonder you are resistant to supporting them.

I imagine many people would tell you that, of course you have to support your parents. They raised you and you own it to them. I say, not so fast.

If the situation were reverse, and you three were irresponsible adult children with  lackluster financial histories and terrible spending habits, most parents would shout out a loud “NO” to providing further financial support. There would be outrage and you three would be admonished to “grow up” and “get your lives together!” So, why are your parents any different?

Your parents need to cut up their credit cards and start looking for part-time jobs. It’s that simple. Sorry, they don’t have any good excuses in my book for anything less. Only after they have shown you responsible financial behavior for a reasonable length of time, might you even begin to discuss ways in which you may be willing to help them.

As tough as this discussion will be, ultimately I think it’s the best possible direction for everyone involved.