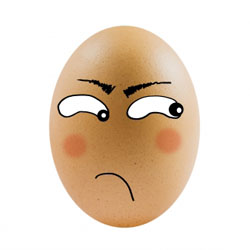 Pease help us. My whole family is upset because we can’t get my 77 year old dad to stay home like he is supposed to. He says this is all a “big fat hoax” and that nobody is going to tell him “what to do.” He insists he “feels fine.”

This attitude of his is especially ridiculous because both of my parents have health issues but that doesn’t seem to get through to  him either.

My sisters and I have worked it out with my mother. She gets it!  We’re buying their groceries and doing other errands for them.

There is absolutely no good reason for Dad to be out and about. He’s still going to his weekly poker game with his buddies. He’ll just run off to the hardware store for something too. We are really afraid of what he may be bringing back into their house.

My dad has always been stubborn and unreasonable. He won’t listen to anybody who has a different opinion. I don’t know how my mom has put up with him all of these years. Growing up we all figured out ways to just avoid hot topics but now? He’s putting our mother’s life at risk.

What can we do?

Sadly, there are people all across the nation refusing to cooperate during this national crisis. The added tension and anxiety such non-compliant behavior causes their families and friends is more than regrettable, it’s potentially life threatening.

People unwilling to honor the shelter-in-place orders do so for many complicated reasons. For your father, it seems as though his pride and independence have merged into a reckless attitude. It’s also worth considering that for men, especially of your father’s generation, fear is an entirely unacceptable emotion, weakness is never to be exposed. Instead, some men over compensate by hiding their  natural vulnerability behind stubborn bravado.

Your father’s ignorance about the facts surrounding COVID-19 aren’t helping either. In addition, since “He won’t listen to anybody who has a different opinion,” I understand why you and your sisters are facing a nearly impossible task.

I think you have a couple of options. However, whenever you approach him be rested and in a good mood. Your frustration and anger can seep through and these emotions will put him on the defensive.

Have you tried to approach this topic via his responsibilities as a husband? Is it possible to frame these concerns in term’s of your mother’s well being? Can you help him see that he is putting her life at risk?

I’d also remind him that no one is trying to control him. Obviously, he can make his own choices. But try to tap into his intelligence. Remind him of all the things he taught you and your sisters to do as you were growing. Tell him you are just trying to do the ‘smart’ thing and would hope he would do the same.

I can’t recall ever recommending the use of scare tactics but this may be the exception. Has he actually been following what’s happening in New York and elsewhere? You may want to bundle up ghastly photos from hotspots to show him. Is he aware of how COVID-19 cases are climbing in your county? Can you find some visual examples to show him about how this unseen virus is so easily spread? Try printing information from your Department of Public Health and see if these facts might get through his denial.

If your father is unable to change his behaviors, your next step would be to talk wth your mother about the steps she must take to protect herself. How can she limit contact with your father while sharing the same house? Is there an extra bedroom she can move into?

I realize this sounds like a drastic and less-than-perfect option but her health is at risk under the current circumstances. Something needs to change. It would be worthwhile to check with Department of Public Health for more ideas on how to help your mother stay safe.