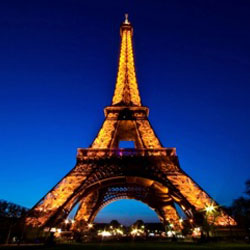 I was recently given the opportunity to preview the new movie, Le Week-End. I thought it would be right up my ally — a sixty-something couple grabs a weekend in Paris to celebrate their 30th wedding anniversary. Naturally, as someone who spent part of her honeymoon in Paris nearly 37 years ago, I was quite intrigued. But beyond my romantic memories of the City of Light, I am always on the look-out for good movies about those of us with some real life experience under our belts. Movies told from a seasoned perspective are few and far between. My hopes were high.

Within seconds of the opening scene, set on a train heading into Paris, I was drawn into the movie. The music underscored the romance that is uniquely Paris. The train rocked in that wonderfully rhythmic way that trains do. The clickty-clack of the wheels on the track quietly rumbled in the background. I happily jumped right on that train as my mind began to wander through my own pleasant memories. I found myself smiling. The camera continued to pull back down the center aisle. Happy passengers were engaged in lively conversation. Yes, my hopes were high.

The couple we’d be joining for the weekend was quickly identified. I recognized Nick (played by Jim Broadbent) and Meg (played by Lindsay Duncan) immediately. They are my peeps. He’s balding, she’s wrinkled and I relate to both of them. How refreshing – real people in what promised to be a movie about real things.

The cast and crew of this movie succeeded. Le Week-End is about very real things … and perhaps this is why I can’t decide if I enjoyed it or not. The location was stunning and the restaurants appealing. The Eiffel Tower at night? Beautiful! Best of all? The acting was superb. I was left feeling little doubt that these two souls had spent the last thirty years together. The looks they gave one another, the jokes they shared, and the way they delivered barbs born out of inside information, all of it came through with great authenticity.

But as their differences began to unfold, I slowly became aware of my discomfort. I wanted my romantic weekend in Paris and they were about to give me anything but that. Nick’s neediness bounced off of Meg’s restlessness. His sensibility crashed head long into her need for freedom. And though I could relate to their breathless struggle to climb the steps of Montmartre – age does that to us all – I finally realized I wanted these two to be much better at being married. I mean, why waste a weekend in Paris being miserable?

The reality is, however, many people aren’t very good at being married. All too often, couples slide into patterns. Disappointment, frustration, poor communication, financial issues, fear of change  – name your challenge – can all morph into intimate ruts that are sadly perfected over the years. Each partner continues to play out his/her part and life plods on.

Ultimately, this superb portrayal of the reality of some marriages, may be Le Week-End’s real value and this just may make it a must-see movie after all. Nick and Meg remind all of us that no one is perfect nor without faults. My take-away? Barbs are to be swallowed, mistakes forgiven, failures shared, dreams planned for and achieved.

Time flies by at break-neck speed these days. We are aging faster than Paris! There is no time to lose.