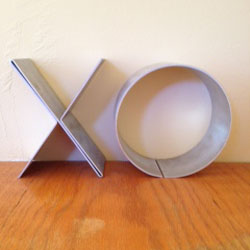 I’ve been a widow for four years. Last year, I went to my 50th high school reunion. I couldn’t believe it but my old boyfriend was there and we had the best time. (He’s been divorced for ages.) It was as if no time had passed. We had such fun. It was so easy.

We kept in touch all year. He wanted to visit but I was nervous and said no until this summer. I finally invited him to spend a couple of weeks with me. He’s never been here before so I thought all of the sightseeing and day trips would be a good way to see if we really are well suited for one another after all these years.

After our two weeks together, it was obvious we want to pursue something serious.

But everything went wrong at the end. Before work my daughter came over and like all of my kids do, just walked in. She found us in the kitchen, still in our robes, having coffee. He turned three shades of red, me too. She blurted out “I’m glad I don’t have any of your grandchildren with me” and bolted for the door.

It’s all my fault, I know. I hadn’t told her he was visiting. I didn’t want to upset her. (She was very close to her father and still misses him terribly.)

How do I explain everything to her? I want her to be happy for me, not  mad and disappointed in me.

Better the Second Time Around

I know you are feeling terrible right now so I don’t want to begin my response by being  insensitive. But I have to say I am very happy for you. I think it’s absolutely wonderful the two of you to have reconnected after all of these many years. Your future must be feeling brighter than it has these last four years.

Regarding your daughter, I agree with you. It probably was a mistake to not keep her in the loop. (Isn’t it sad, and frustrating, when our good intentions fall s short?) I understand you were trying to protect her feelings. She still misses her father. Naturally,  any thought that you were moving on without him would be difficult for her.

Difficult, perhaps, but not impossible. While it was unfortunate for her to burst in on your morning, she is an adult. I sincerely hope that she has not held on to some misguided belief that your life would be forever suspended because your husband died?

Call your daughter and ask her when you two can talk this over. (Please don’t try this difficult conversation on the phone!) When you meet, apologize for not including her in this personal, yet private part of your life. Let her know you did it out of feelings for her and that, in hind site, you were wrong. Acknowledge how difficult it has been for your entire family to lose their beloved patriarch. Tell her you respect her feelings and never meant to hurt her.

Next, explain the obvious to her. This man makes you feel wonderful. You are slowly and carefully exploring all possibilities with him. Remind her that you are still an active woman who is interested in being involved the world and that this may include a relationship wth someone other than her father. Finally, clarify that while you regret the shock she experienced that fateful morning, trying to make you feel guilty won’t work. Remember, by pursuing a relationship you aren’t doing anything wrong.

It’s your daughter’s job to come to terms with the reality that you are more than her mother and her children’s grandmother. This may be a struggle for her, especially since she is still missing her father so much. Give her plenty of time to work through her feelings. From here on out, keep her apprised of your relationship, to whatever degree she wants.

Finally, by all means, tell your other children what is going on in your life. Second-hand information from their hurt sister won’t do any of you any good.

Best of luck to you.