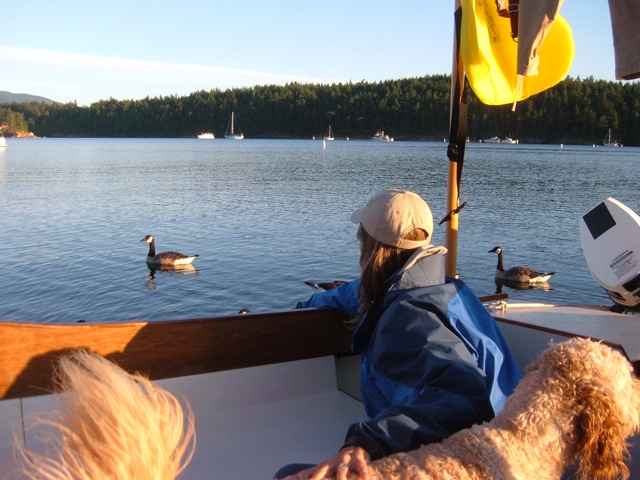 The first time I ever saw the musical group Crosby, Stills, Nash, and Young, I was a fresh faced seventeen year old. It was a brilliant summer day. The sun was shining, the outdoor coliseum swarmed with happy teenagers and young adults. Beach balls bounced from hands to hands. No one had a care in the world.

If someone told me on that sunny afternoon that I would eventually see Crosby and Nash at a concert some forty-three years later, I would have thought they were nuts! Really, what teenager can even begin to conceive of life beyond the weekend, let alone an entire lifetime away?
And so it came to be that I sat in the HSU Van Duzer Theater awhile back. The place appeared to be sold out. Friends greeted friends. Energy bounced around the building, ricocheting from one enthusiastic fan to another. The stage spilled over with every conceivable piece of electronic musical equipment imaginable – speakers, mics, amps, guitars, drums, keyboards. I felt that anticipatory buzz of yesteryear. Music, perhaps even magic, was about to happen in a very big way.

But as I waited, I was surprised to find myself far more interested in my fellow concert goers. I have never seen so many gray heads collected for a musical event! It struck me as endearingly comical. Here we all were, a bunch of happy, enthusiastic middle aged and older fans, each of us drawn to this particular evening because of our own personal history with this iconic musical group. I scanned the wrinkled faces (!) and tried to imagine the stories, the memories each of us carried with us. There was a whole lot of living collected in that theater!

Finally, the house lights dimmed and the crowd erupted. The show was about to begin. Spirits soared, anticipation was at a fevered pitch. Finally, out they came … a couple of old men! Crosby was still sporting his signature wavy locks, now thinned and white with age. Nash’s head was full of thick, closely cropped hair of the same color. They still seemed pretty spry, good posture, engaged in the moment. But they posed a stark contrast to their back up band – men who appeared much younger but equally talented. Together, this collection of talent presented an interesting visual tableau.

Then the music began. In that instant, the seventeen year old I had nostalgically been revisiting was jerked painfully back into her 59 year old body. My first thought? Oh my God, they didn’t do a sound check. The decibels were absolutely deafening. I could actually feel the drums pounding against my chest – scouts honor! I scanned the walls, certain I would be able to see them shaking. No, it was just my entire body vibrating in my seat. My second thought? It was going to be along evening!

I momentarily resented my age, wistfully longing for the stamina of my youth, the naive disregard for the future of my body. But right on the heels of that thought came a deep appreciation for the wisdom of age. My hearing was far to precious to risk at a concert performed at dangerously, ridiculously high decibels. But the same wisdom had also prepared me for this moment. Reaching into my pocket, I happily popped in a couple of ear plugs and went on about the business of enjoying myself!

And it was a lovely evening of beautiful, meaningful music. Perhaps the harmonies of these two weathered musicians didn’t quite have the sweet blend they once had, but no matter. The familiar melodies powered me back to a time in life that was rich with discovery. Yet, much of the music was also new to me and, I admit it, their rock and roll had me feeling like a kid again!

Do I miss my youth? Well, not the teen years, that’s for sure. I’m the first to admit that it would be fantastic if my body wasn’t showing the wear and tear of a full life. But I had to smile at myself, at all of us that night. Here we all were, filled with music and memories, enjoying life as if we were all kids again. There was a sweetness to it all … and then, a real appreciation for the silence of the night that greeted us when we returned home to our little house at the end of the road.