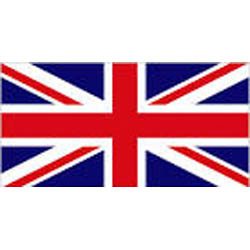 My friend has asked me to join her in September on a “coach tour” of England. I can’t decide what to do.

I’ve never traveled out of the country, let alone as a single woman. It all seems so different and so hard. I worry about how to manage the currency and if I will understand the language all that well. Will I like the food? What to pack? It’s all a little overwhelming.

My husband and I had big plans to travel to England, Scotland, and Ireland, had the tickets and everything. But he died last year, just a few weeks after he retired and we didn’t get the chance. I bet I’d feel more confident with him at my side. We would have had such fun together. He was that kind of man, adventurous and downright fun! But I have to face the fact that he’s not here. It’s funny, but I think he’d want me to go. (And, by the way, so do my kids.)

My friend is very reassuring. She’s been all over the world. She loves England and insists that at our age, going on a tour is the only way to travel. She says it’s so much nicer not to have to think of all of the little details a trip like this requires.

Why am I having such a time with this decision? I don’t want to regret passing up this opportunity but I can’t seem to get myself convinced it is a good idea.

I’m so sorry to hear about your husband. No wonder you are going round and round with this decision. It sounds like just a short while ago you were supposed to make a trip very much like this one with him.

While it may feel like you’ve been a widow for ages, it doesn’t seem like you have had very long to learn how to live without your husband. Unfortunately, the grieving process is a long and winding road. Just when you think you might be adjusting, something comes along and reminds you of your loss.

Having to contemplate a trip that reminds you of your plans with your husband must surely be compounding your decision. Think about it –  you were all set to explore this part of the world  with your “adventurous and downright fun” husband. Now you are considering a similar excursion but without him. No wonder you are struggling.

Have you talked about this with your friend? She sounds like the kind of friend who would listen and understand, and this would give you the opportunity to work through some of the understandable grief. In doing so, you would be better able to get clear on exactly what it is you want to do.

Then, I’d like to remind you of some things you wrote in your email, as I think they are  very significant.  Regarding your husband, you wrote “… I think he would want me to go.” You also mentioned that you have your children’s support. Finally, you said you “don’t want to regret passing up this opportunity.”

All of these statements lead me to wonder if perhaps, deep down, you really do know what you want to do; fly over the pond and see a different part of the world. Your friend sounds like a great companion for this trip. She knows you, she knows this part of the world. She also understands the value of taking an organized tour and can easily coach you on cultural differences during your flight. (Believe me, you’ll have plenty of time to learn that we say “bathroom” and they say “loo”!)  In other words, I think you can count on feeling pretty confident with your friend at your side too.

It is a difficult thing, to go on living after someone we hold dear has died. Two steps forward, one step back … it’s just the way a broken heart recovers. But that, my dear, is your task.

All things considered, why not give jolly old England a try?