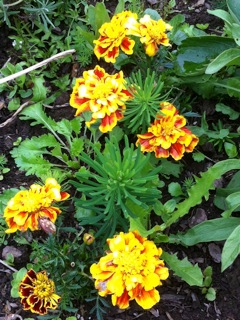 I’ve never written a movie review, having always felt that individual preferences regarding movies are just that, individual. Why should someone else, a complete stranger no less, tell me what I may or may not like about a particular film? Besides, they always give away so much of the plot.

Yet here I am, struck by my recent experience during a night at the movies, wanting to yell from the roof tops, “If you are in the second half of life, go see ‘The Best Exotic Marigold Hotel.’” Or not … back to that individual preference thing.

For starters, I loved the story. For once, Hollywood has put seven, incredibly accomplished older actors into a world of challenge, adventure, and reflection. India is the colorful, bustling setting and the perfect metaphor for people struggling with the many issues we face in our later years.

Okay, enough about the movie itself. I gave you my word. This is not a review. While I was thoroughly entertained by the script and the well executed performances, this column is more about the observations I had to the entire evening, my  reactions that were as interesting and enjoyable as the movie itself.

Showing at the historic Minor Theater, my husband and I decided to allow a little time for the line. This, in and of itself, was unusual, as one of the joys of going to local movies is that there usually isn’t much of a line. (Keep in mind that we rarely, if ever, go to the shoot ‘em up, crashing car blockbusters that rake in the big bucks.) I had a feeling that opening night for this particular movie might result in a bit of a rush. Ultimately, I was glad we allowed those extra ten minutes – the theater filled up quickly and was absolutely packed, right down to the poor souls in the front rows.

It was a little odd, in a very pleasant way, to share an event in a theater full of my peers. The audience was a sea of gray and bald heads. People executed the stairs with care, others stood up to let people pass in front. “Excuse me” and “thank you’ permeated the space as people made their way to different seats. The normal pre-movie chatter was a bit more quiet, more contained. Cell phones seemed to be shut off before the request to do so politely glared at us from the screen. Yep, gather up a bunch of geezers in a room and generally, you have a mini-exhibition of good manners.

Even one of the previews caught me by surprise – a new film about marriage after 30 years, starring  Meryl Streep and Tommy Lee Jones. What? Is there a theme happening here? Are the movers and shakers of movie land finally waking up to the fact that WE have dollars in our pockets? It’s about time!

As well behaved as we all were, when the movie began, that theater came alive. We began to see ourselves up there on the silver screen and our enthusiastic engagement with the unfolding story began. Many points of recognition drew loud laughter from the audience, while poignant moments were met with deep sighs of acknowledgment. I noted that only rarely did the man next to me allow his heartfelt reactions to escape his lips but even then, his words were spoken in a mere whisper. Bottom line, our lives, our issues were playing out right before our very eyes.

The final surprise came when the movie ended. The entire audience erupted with enthusiastic applause! I can’t remember the last time I sat in a movie theater and this happened. No one rushed to the exits. People seemed to take a minute to savor the experience they had just had and, okay, some of us were happy to allow time for our joints to get moving again. But as we all finally filed out, there was good cheer among us.

I can hardly wait for the August launch of “Hope Springs” with Ms. Streep and Mr. Jones. It’s promising to be a great summer movie season!

Hollywood, are you listening?