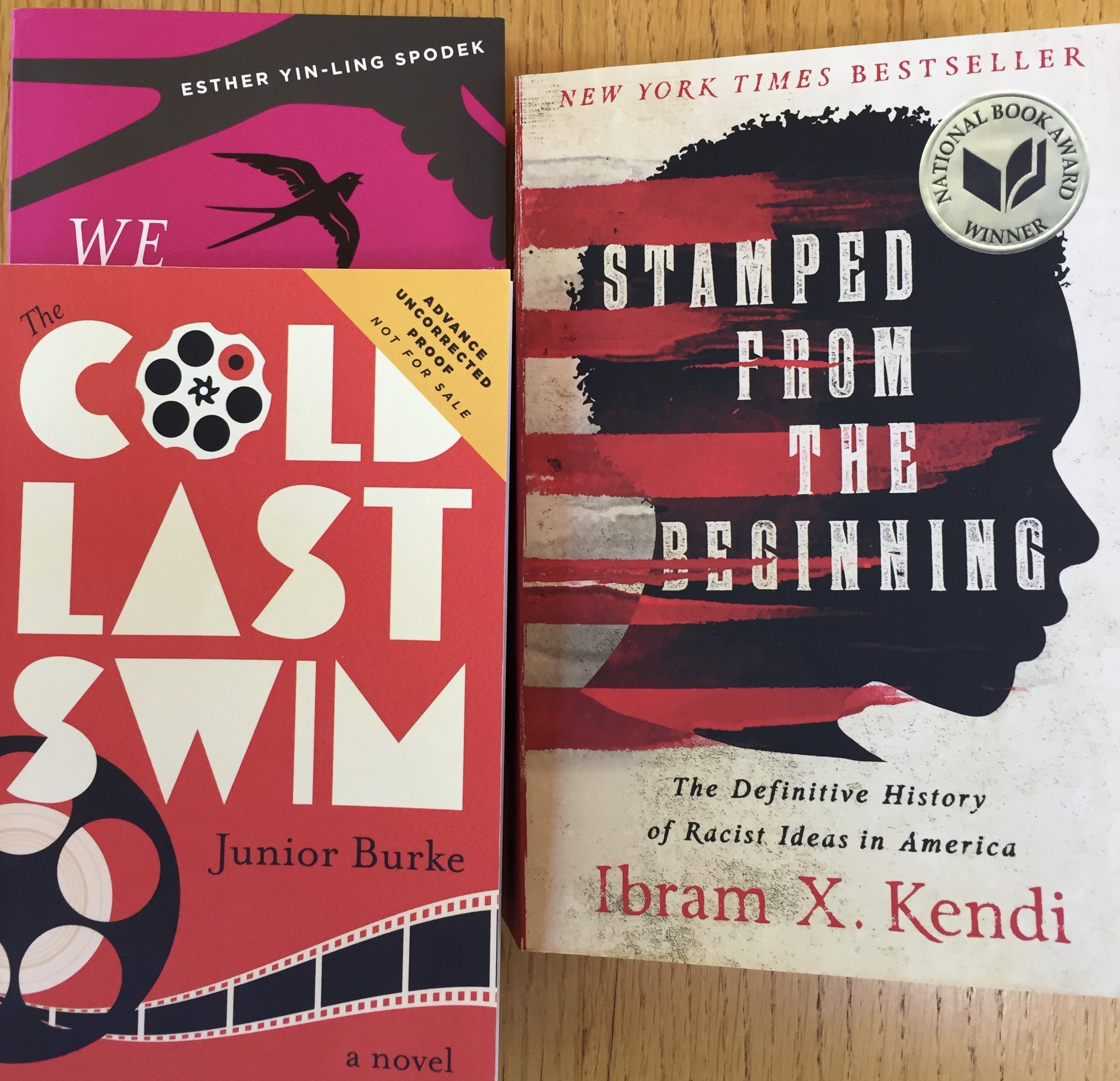 These days, I am deep into Stamped from the Beginning, The Definitive History of Racist Ideas in America, by Ibram X. Kendi. (Bold Type Books, 2016)  It’s a heavily researched read and utterly worthwhile. I’m taking my time with it as there is much for me to learn. With practically very page, I find myself considering a piece of history from a different perspective, which is leading me to new places. (That’s a bit embarrassing to admit but these days but I am all about my own accountability.)

But there are times  when escaping into entertaining fiction offers a counter-balance to life around me. I have a couple of gems for you.

I am just young enough to have missed the mystery and appeal of actor James Dean. Killed in a car crash in 1955, this twenty-four year old cultural icon was the epitome of teenage angst and social disconnect. Though Dean appeared in just three movies and some television programs, this handsome, brooding young man left his mark on our culture. He is the stuff of legends.

Which is why I found Cold Last Swim by Junior Burke (Gibson House Press. 2020) an especially interesting and inventive read.

In this quirky and multi-layered book, Burke reimagines Dean’s life. Set in bustling Hollywood of the ’50’s and early ‘60s, Burke’s style is reminiscent of that old series, Dragnet. His language is terse, straightforward and efficient, a written film noir set in sunny southern California. The plot moves along at a good clip. Be prepared for a curious cast of characters — record producers, teens turn sitcom stars, hustlers, song writers, and politicians all drive this book to places I never imagined.

Seemingly motivated by his unfailing dedication to New York method acting, the James Dean of Burke’s imagination walks onto the set of General Electric Theater and shoots co-star, Ronald Regan. With that, we are off to the races!

Charges are filed against Dean. But clever man that he is, he manages to avoid a possible guilty verdict by staging his own death in a high stakes movie scene involving two racing cars and a towering cliff over a southern California beach.

The rest of the novel is a tangle of plot lines, aliases, and characters that will keep you guessing.  While diehard Dean fans may not be thrilled with this fictional version of history, I encourage them to have some fun considering this intricate and inventive read. It’s just perfect for a summertime escape.

Shifting gears, I found We Have Everything Before Us, by Ester Yin-Ling Spodek (Gibson House Press, 2020) to be a deep dive into contemporary life. With all three of the primary characters experiencing some form of midlife angst, this novel will resonate with many.

It’s worth noting that the strength of Spodeck’s writing puts a fresh spin on these often addressed themes — boredom with marriage, infidelity, and dreams never realized. There is real danger in sentimentalizing this kind material but Spodek manages to keep things painfully realistic.

Consider Eleanor, the main character of We Have Everything Before Us. A woman who once nearly completed a doctoral degree, she now finds herself feeling insecure and desperate for validation. Ignored by her husband, her two sons lost in their own lives, she grapples with those commonplace feelings that grab many women her age. (Her war with annoying pigeons in her home’s eves offers humorous insight into what her life has become.)

Her best friend Kaye struggles with similar yet different feelings. Her way of coping? Perhaps too much wine, a penchant for storytelling, and some blunt force opinions about what her friend should, or should not, do. It all falls a little short given the circumstances she’s juggling.

Now, just to mix things up to perfection, Spodek tosses in Phil, a philandering man who’s wife is in the process of divorcing him. He and Eleanor were acquaintances in high school and when they finally re-connect, lines are blurred and more questions asked than truly answered.

What do these books all have in common? The complexities of human relationships we all encounter. Pick one to read or pick all three. You won’t be disappointed.