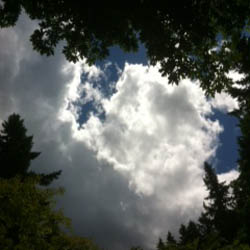 “That stereotype of a 21st century entrepreneur as a swashbuckling 20-something hipster with a hoodie? Swap it for an image of a boomer in relaxed-fit Dockers reaching for reading glasses.

Boomers started nearly half of all new U.S. businesses last year, according to the Kauffman Foundation in Kansas City, which tracks entrepreneurship. The rate of business creation by older workers prompted Kauffman researcher Dane Stangler to say the country is in the midst of an “entrepreneurship boom — not in spite of an aging population but because of it.”

Older boomers from 55-to 64 created 21 percent of new companies last year, up from 14 percent in 1996, according to the Kauffman Foundation. Those slightly younger, from 45-to-54, added another 28 percent…

“We still have this antiquated notion that when you reach a certain age, you’re out of the game and on the shelf,” said Bill Zinke, president of the Center for Productive Longevity, an advocacy group for older workers. “People who remain productive and engaged live longer, have greater health and better satisfaction in life.”

Interested in pursuing your dream? I say, go for it!

(Click here to return to our  Good News stories)