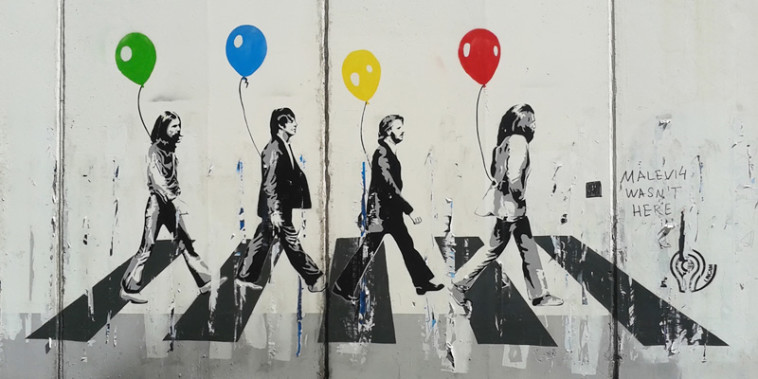 It finally happened last week. The words of a Beatles song became my official anthem. I turned 64.

The McCartney/Lennon song, “When I’m 64”  first made its way onto the charts in 1967 when I was a high school sophomore. Like everyone else I knew, I was trying to navigate my way through adolescence. Defined by a culture that wanted girls to be compliant little pixies who fell in step behind the boys, I struggled to fit in. But it wasn’t working. I had a brain, lot’s of opinions, a sense of humor, and at six feet tall, I towered over practically every boy and most of the male teachers. Some days were very long.

My saving grace were a couple of best friends; the blonde, quintessential southern Cal beach chick, Debby, and the sincere, kind and very generous Armenian, Roco. There was strength in numbers and together, the three of us were unstoppable.

Like most teens, music was our salvation. From the melodic Beach Boys to Dylan’s profound poetry, we were all over the music map. And smack dab in the middle of the mix? The Beatles reigned supreme! (Except that I sort of secretly wanted to be Diana Ross of the Supremes but that’s another story.)

I don’t recall the exact moment when we first heard this particular Beatles song, but I do recall it made a huge impression on all three of us. Sixty-four? Who were they kidding? Even our grandparents weren’t that old! It was like a song from some sci fi fantasy. The three good little girls that we were (our rebellion was just around the corner) finally concluded that since the song was part of the Sgt. Pepper’s Lonely Hearts Club Band album, the lyrics were probably drug induced.

But now? Here I am, 64, and I think that song is one of the sweetest love songs around! Married for 38 years, my husband and I are quite happily living the lyrics. For years, our budget was nothing but “scrimp and save.” On Sunday mornings we sometimes “go for a ride.” You’ll often find us “doing the garden, digging the weeds.” (And only one of us is very, very slowly, losing his hair.)

Okay, I’ve never “knit a sweater by the fireside” and the last time my husband was out “ ‘til quarter to three” was probably thirty-five years ago. (No need to “lock the door” because he was with me.) Instead of renting a cottage “in the Isle of Wight” we cruise the coastal haunts of British Columbia on our boat. We only have one sweet little granddaughter so far (fingers crossed), not three named “Vera, Chuck, and Dave.”

We’re cruising along at a pretty good clip these days and there are identifiable reasons for this. Sure, some of it is luck, thanks to things like genetics, the invention of safety equipment, like seatbelts and smoke alarms, and our good fortune in avoiding any natural disasters. But much of it has to do with our attention to details.

We aim for a pretty healthy lifestyle. (Yes, I could absolutely binge on peanut M&M’s. No, I  don’t … well, except sometimes on vacation. Okay, okay, always on vacation.) Good communication is the cornerstone of our relationship. (Oh, the talking and listening we do. It can be exhausting … especially for him!) And not to be forgotten? The downright hard work of marriage. (Young newlyweds take note. If you plan on being married to the same person when you are sixty-four it will mean working at it along the way. There are no short-cuts to the finish line.)

It’s a little amazing to be sixty-four. (That gangly teenager still lurks somewhere beneath all of the wrinkles.) I just wish Sir Paul would crank out another tune, something along the lines of “When I’m 104 … But Only If We Can Still Remember Who We Are!”

Photo courtesy of moonglee / Shutterstock.com
Until then, I’ll count my lucky stars and enjoy the ride for as long as I possibly can.